We Ensure Peace of Mind 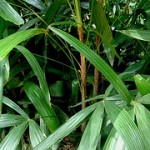 Benefits: These types of houseplants are said to be a good overall air purifier, removing most air pollutants.

Notes: Prefers partial sun all day and shade in the winter, with more frequent water in hotter months, but never allow to sit in water or be overwatered. 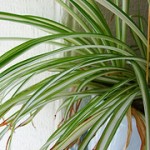 Benefits: NASA places this plant among the top 3 types of houseplants that are great at removing formaldahyde. Also removes carbon monoxide and other toxins or impurities. 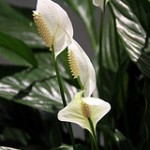 Benefits: Known for removing benzene, a common household chemical and known carcinogen. It’s also said to remove mold spores in the air, making it great for bathrooms, kitchens and laundry rooms; purifying the air of trichloroethylene, a chemical found in cleaners and solvents; and removing alcohols, acetone, and formaldehyde.

Notes: Easy to care for, it prefers lots of water, less often and bright, indirect light. 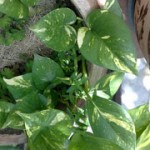 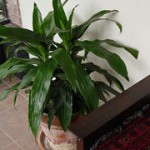 Benefits: Lady Palm is said to be a good overall air purifier, removing most air pollutants. 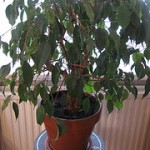 Notes: Prefers bright light and sun, but is also shade-tolerant. Moderate water needs for these types of houseplants. 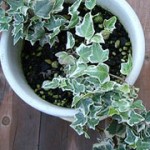 Benefits: It’s known for removing the chemical benzene, a known carcinogen found in cigarette smoke, detergents, pesticides, and the off-gasing of other synthetic materials, is said to be fantastic for asthma and allergies and also removes formaldehyde.

Notes: Can be invasive, making it great for a potted plant. 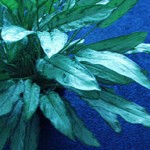 Benefits: Emits high oxygen content, and purifies indoor air by removing chemicals, such as formaldahyde, benzene or other toxins.

Notes: Does well with full shade and good draining; variegated plants need more sunlight. The sap of this plant is considered poisonous and is an irritant. 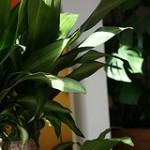 Benefits: Known for removing formaldahyde and known generally as one of the houseplants that clean the air.

Notes: Does great with low light and low water. 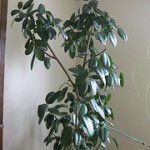 Benefits: These houseplants clean the air by emitting high oxygen content, and purifies indoor air by removing chemicals, such as formaldahyde or other toxins.

Notes: Likes filtered light, infrequent watering and rich soil. I’ve found conflicting information as to whether or not this plant contains any poisonous parts. 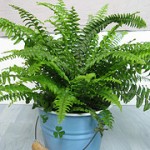 Benefits: Said to act as a natural air humidifier, removes formaldahyde and is a general air purifier. Said to be among the best in air purifying houseplants.

Notes: Likes bright light and damp soil but can be tolerant of drought or partial light. 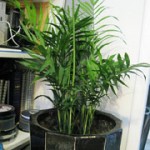 Benefits: General air purifier, especially as it grows larger. It’s known for being one of the better performers in purifying the air.